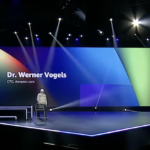 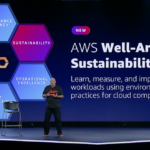 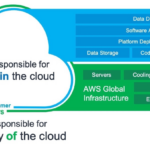 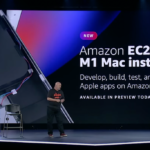 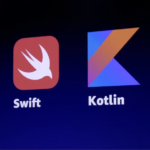 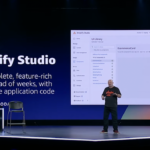 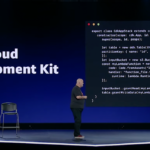 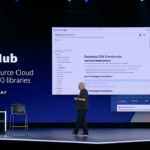 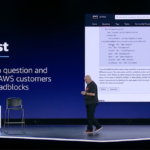 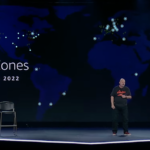 I’ve always found Dr. Werner Vogels’ presentations are both informative and entertaining. His re:Invent 2021 keynote was no exception.

If you’ve followed his “Now Go Build” video series or his more recent “Climate Next” series, it seems as if the video crew loved to produce his keynote introduction with a segment paying homage to 10 years of re:Invent and 15 years of cloud.

Dr. Vogels presented a history of AWS’ technology, its evolution, and the problems they were solving. The keynote has service reviews, demos, new service introductions, customer testimonials, and his recommended best practices for APIs and architecture. There’s even a bit of fun to keep things even. This article is going to focus on what was announced for the sake of brevity.

Following up on his video series “Climate Next” and the ongoing effort for the greening of information technology, Dr. Vogels introduced a new pillar for the Well-Architected Framework called the Sustainability pillar.

This new pillar and the sustainability of the cloud, “allows AWS customers to reduce associated energy usage by nearly 80% with respect to a typical on-premises deployment,” according to the announcement. For details about the Well-Architected Framework you can visit:

After a review of the growing set of instance types since 2006, Dr.Vogels introduced the Amazon EC2 M1 Mac Instances for macOS which are built on Apple’s own M1 processor using Mac mini units. The EC2 M1 Mac instances perform up to 60% better over the prior generation of Mac instances based on x86.

The instances can provision native ARM64 environments allowing for the development and deployment of Apple applications for the first time in AWS. Not surprisingly, and directly related is the introduction of new SDKs for Swift, Kotlin, and Rust.

This is a welcome addition to the existing catalog of SDKs. These are three of the fastest-growing modern programming languages in terms of general use. Swift is the programming language developed by Apple. Kotlin is seriously competing with Java because of its clean, compact syntax and its fully interoperable with Java and the JVM. Rust is very fast and memory efficient. Dr. Vogels himself expressed some interest in the momentum the language is gaining among developers.

Still addressing the developer community we learned about AWS Amplify studio. This is a visual development environment for UI development. It is compatible with Figma for UI elements and generates readable React UI code.

Amplify Studio has full integration with Amplify’s backend management features enabling developers to build full-stack applications faster. Amplify studio can be used to generate the UI, set up the backend, and connect them together.

This last one also received an upgrade with the AWS CDK v2 becoming generally available.

The AWS Cloud Development Kit (AWS CDK) is a development framework to provision cloud application resources programmatically. It is an alternative to CloudFormation and Terraform to provision Infrastructure as Code (IaC).

Directly related to the Cloud Development Kit (CDK) is the general availability of Construct Hub.

AWS re:Post aggregates the knowledge and experience of community experts, customers, partners, and employees into a single point of access for questions and answers. AWS Re:Post replaces AWS Forums. It is integrated with AWS Support. This allows you to ask questions and receive answers from the collective expertise. This is to improve the quality of answers. AWS Re:Post is available for anyone who has an AWS account at http://repost.aws

Last but not least, in the space of networking, Dr. Vogels introduced two items.

The first is 30 new local zones. A local zone is an AWS Zone with compute, storage, database, and select services in places with high population or industry presence where a region does not exist.

Cloud WAN can create a global network that crosses regions and uses the Border Gateway Protocol (BGP). A central dashboard allows you to define policies that specify which Virtual Private Clouds (VPCs) and business locations are to be connected using AWS VPN or software-defined WAN products (SD-WAN). Cloud WAN provides a complete view of your network to provide visibility on its health, security, and performance.

These were the new features and services introduced during Dr. Werner Vogels keynote. The full keynote was informative, visionary, and entertaining. Certainly worth watching.