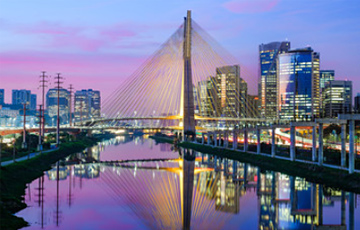 Nokia has signed a contract with telecommunications giant TIM to provide Internet of Things (IoT) services to its enterprise customers in Brazil.

WING will enable local and multinational companies to benefit from global IoT services. It features a distributed architecture that maintains all user data in-country, such as in Brazil, to remain compliant with data sovereignty and privacy laws.

TIM’s enterprise customers will be able to monitor and manage in real-time their devices, ranging from asset tracking and status sensors for logistics industries to the fully connected car with on-board diagnostics and telematics. As part of the deployment, the Nokia IMPACT IoT platform, which simplifies the process of bringing and scaling multiple applications onto a single platform, will provide IoT device management and service capability exposure.

Alexandre Dal Forno, Head of Corporate Products and IoT Solutions, TIM Brazil, said:
“At TIM Brazil we are seeking to leapfrog the IoT market and see strong growth on our B2B business. We are looking forward to engaging with other global IoT players in order to bring the best possible IoT experience to our customers. Nokia WING will enable us to accelerate our capabilities to support our enterprise customers’ IoT needs and tap into the billion dollar IoT market opportunity.”

“This deal will empower TIM Brazil to provide its enterprise customers with IoT services to address their growing needs. Additionally, we will work on unlocking new IoT solutions that can be applied in various industries to help enterprises undergo digital transformation.”