You are here: Home / IOT / T-Mobile and Sprint Receive Clearance from Department of Justice for Merger to Create the New T-Mobile 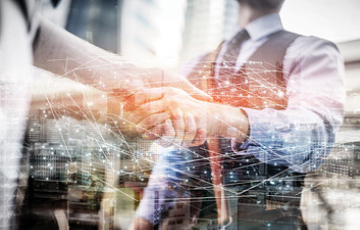 Companies reach agreements with DISH to divest all Sprint’s pre-paid businesses including Boost Mobile and Virgin Mobile, and Sprint’s 800 MHz spectrum licenses for aggregate proceeds of $5B. $43B in previously-announced synergies from T-Mobile/Sprint merger unchanged.

On July 26, T-Mobile US, Inc. and Sprint Corporation announced they have taken an important step toward completing their proposed merger to create the New T-Mobile by entering into a consent decree with the U.S. Department of Justice (DOJ).

The DOJ action moves the merger one step closer to closing, pending other regulatory approvals and the satisfaction of other closing conditions.

The companies also announced agreements with DISH Network Corporation in which the combined T-Mobile and Sprint, as the proposed New T-Mobile, will divest Sprint’s prepaid businesses and Sprint’s 800 MHz spectrum assets to DISH. Additionally, upon the closing of the divestiture transaction, the companies will provide DISH wireless customers access to the New T-Mobile network for seven years and offer standard transition services arrangements to DISH during a transition period of up to three years. DISH will also have an option to take on leases for certain cell sites and retail locations that are decommissioned by the New T-Mobile, subject to any assignment restrictions. The transactions with DISH are contingent on the successful closing of T-Mobile’s merger with Sprint among other closing conditions.

T-Mobile CEO and New T-Mobile CEO John Legere, said:
“The T-Mobile and Sprint merger we announced last April will create a bigger and bolder competitor than ever before — one that will deliver the most transformative 5G network in the country, lower prices, better quality, unmatched value and thousands of jobs, while unlocking an unprecedented $43B net present value in synergies.”

“We are pleased that our previously announced target synergies, profitability and long-term cash generation have not changed.”

“Today marks an incredibly important step forward for the New T-Mobile. We are ready to bring this supercharged Un-carrier to consumers and businesses across the country, and this milestone brings us much closer to making that vision a reality for customers everywhere!” said Legere.

“Our goal was to ensure that the DOJ’s concerns were addressed while enabling us to deliver on every aspect of the synergies we promised to unlock… and we did it. It may have taken longer than expected by some, but today’s results are a win-win for everyone involved. We cannot wait to get to work bringing this pro-consumer, pro-competition New T-Mobile 5G network to U.S. customers from coast to coast!”

“This is an important day for our country and, most important, American consumers and businesses,” said Sprint Executive Chairman Marcelo Claure.

“Today’s clearance from the DOJ, along with our anticipated approval from the FCC, will allow the U.S. to fiercely compete for 5G leadership.”

“We plan to build one of the world’s most advanced 5G networks, which will massively revolutionize the way consumers and businesses use their connected devices to enhance their daily lives. The powerful combination of 5G, artificial intelligence and the Internet of Things will unleash endless possibilities.”

Agreements Upon Closing of Prepaid Divestiture

Master Services Agreement for Network Access
With this agreement, Boost Mobile, Virgin Mobile, and Sprint-branded prepaid customers, as well as new DISH wireless customers, will have full access to the legacy Sprint network and the New T-Mobile network in a phased approach. Access to the New T-Mobile network will be through an MVNO arrangement, as well as through an Infrastructure MNO arrangement enabling roaming in certain areas until DISH’s 5G network is built out.

Transition Services Agreement to Support Prepaid Customers
The New T-Mobile will offer standard transition services arrangements to DISH for up to three years following the close of the divestiture transaction. The transition services provided by the New T-Mobile will result in the orderly transfer of prepaid customers to DISH and will also ensure the continued and seamless operation of Boost Mobile, Virgin Mobile, and Sprint-branded prepaid businesses following transition to DISH’s ownership.

Agreement to Divest Sprint’s 800 MHz Spectrum Licenses to DISH
DISH has agreed to acquire Sprint’s portfolio of nationwide 800 MHz spectrum for a total value of approximately $3.6 billion in a transaction to be completed, subject to certain additional closing conditions, following an application for FCC approval to be filed three years following the closing of T-Mobile’s merger with Sprint. This will permit the New T-Mobile to continue to serve legacy Sprint customers during network integration, pending later FCC approval of the license transfer. The companies have also entered into an agreement providing the New T-Mobile the option to lease back a portion of the spectrum sold to DISH for an additional two years following closing of the spectrum sale.

Option for DISH to Take Over Decommissioned Cell Sites and Retail Locations
Following the closing of T-Mobile’s merger with Sprint and subsequent integration into the New T-Mobile, DISH will have the option to take on leases for certain cell sites and retail locations that are decommissioned by the New T-Mobile for five years following the closing of the divestiture transaction, subject to any assignment restrictions.

Agreement to Engage in Negotiations Regarding T-Mobile Leasing DISH’s 600 MHz Spectrum
The companies have also committed to engage in good faith negotiations regarding the leasing of some or all of DISH’s 600 MHz spectrum to T-Mobile.

Additional information can be found at www.NewTMobile.com.

The post T-Mobile and Sprint Receive Clearance from Department of Justice for Merger to Create the New T-Mobile appeared first on IoT Business News.