You are here: Home / IOT / NB-IoT roaming is set to accelerate adoption following a slow start in Europe and North America

According to a new research report from IoT analyst firm Berg Insight, annual shipments of NB-IoT modules in Europe and North America reached close to 5 million units in 2019.

Uptake of the technology is still largely concentrated to China, where smart water and gas meters account for a large part of the volume. Similarly, NB-IoT module demand in Europe and North America is today mainly driven by deployments in the utilities sector. In the same year, shipments of LTE-M modules amounted to more than 6 million units in Europe and North America, driven by the asset tracking segment.

“A key barrier to growth of NB-IoT adoption outside of China has been the lack of NB-IoT roaming agreements between network operators.”

International roaming simplifies deployments of IoT devices across multiple countries and is also essential for mobile use cases, where assets such as vehicles, trailers and containers need to be tracked across international borders. 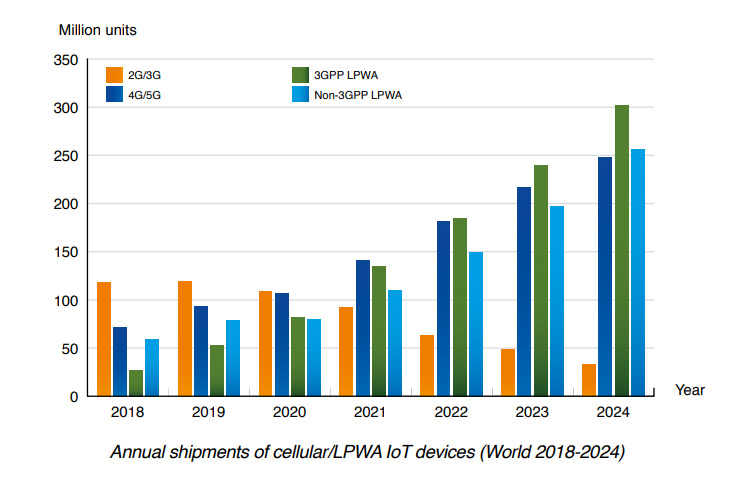 In Europe, network operators are making good progress towards ubiquitous NB-IoT coverage. Vodafone and Deutsche Telekom are leading adopters of NB-IoT in the region, offering NB-IoT services across their respective footprints. Addressing customer demand for international coverage, Vodafone announced a roaming agreement with AT&T in late 2019 to enable cross-regional IoT deployments in the US and parts of Europe. Deutsche Telekom signed its first NB-IoT roaming agreements in April 2020 with partners including Vodafone, Swisscom and Telia Company, which will be followed by a complete EU roaming footprint before the end of the year.

“With a growing number of roaming agreements in place, NB-IoT adoption is set to accelerate as the technology becomes integrated into major volume product categories ranging from sensors, trackers and consumer electronics”, concluded Mr. Stalbrand.

IoT in Action Virtual Learning:
Register now to get access to a collection of online training resources that showcase how companies are being purposeful in their use of IoT across different industries and business use cases.