You are here: Home / IOT / No One Owns Anything Anymore: Everything as a Service 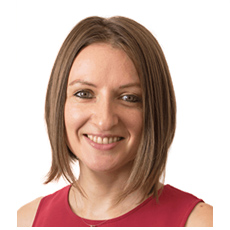 An article by Tania Kinal, Director of Operations at Pod Group.

In recent years we’ve seen a growing trend of people owning fewer possessions and the rise of the sharing economy. Due to a variety of economic pressures, the millennial generation has moved further and further away from being able to buy a house. They’ve also spurned buying cars, preferring to use car-sharing services, walk, cycle, or take public transport. We’ve swapped CDs for Spotify and DVDs for Netflix. Libraries of Things, where you can borrow everything from a lawnmower to a disco ball, are springing up around the world.

This general trend away from owning things can be attributed to the rise in valuing experiences over ownership, practicality in the face of renting a rotating series of tiny apartments, or Marie Kondo’s influence.

Whatever the cause, we’re seeing a strong move away from ownership and towards renting what we need, when we need it.

Enter, Software as a Service.

Software as a service (SaaS) has been around since the 1960s. At this time, computers were huge and expensive. Instead of owning them, companies would rent time and space from a dedicated provider. This service was called time-sharing.

Things really took off with the advent of cloud computing and faster internet connections, and in 1999 the first true SaaS company was founded. Unlike their competitors, Salesforce was a purely SaaS company from the start. Its app was delivered over the internet, with access via a browser and it never sold physical products.

This offer, which was treated with scepticism when it launched, has led to Salesforce being one of the most successful SaaS companies of all time. Not bad.

SaaS is a good business model for companies as it provides an ongoing income stream. Customers are usually billed monthly for the service they use, often with options to upgrade to premium services and discounts for signing up for a whole year’s worth of services.

While subscription-based billing is a profitable route for companies to take, it does have its complications. Many organizations struggle with setting up a subscription-based model. Recurring billing models are complex and can be costly to implement.

Le Tote, an online fashion subscription service, paid hundreds of thousands of dollars for software engineers to build a subscription functionality for them. Your subscription service ideal might be stellar, but whichever way you slice it, that’s a lot to pay out of pocket, particularly when you are first starting out.

Despite the challenges of the subscription model, there are some companies that are getting it right and they’re flourishing. If you can get the concept right and line up a reliable subscription billing platform, you could be on to a real winner.

One of the best parts of subscription billing services is that (barring any unforeseen disasters) you can set up a steady monthly income. With that steady flow of income, you can focus on growing your business and expanding into new areas.

The IoT naturally lends itself to subscription-based billing services. The constant stream of data that comes from connected devices means that rather than just selling a discrete product, companies can turn insights and analysis into recurring revenue.

As the IoT grows, we’re sure to see far more of these ‘Anything as a Service’ models on the market, and having a reliable subscription-based billing platform to properly invoice for these services will soon become the difference between thriving and barely surviving in the digital age.

About the author:
Tania Kinal is the Director of Operations at Pod Group. She oversees the operational goals, processes, and initiatives of the Group. Passionate about technology, Tania has in-depth knowledge of diverse business functions and applies her technical expertise to find innovative solutions.