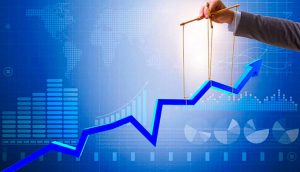 A blockchain that claims to solve the problems of Bitcoin and Ethereum, by allowing users to enjoy scalability features without sacrificing their network securities, raised $72 million USD in an October token sale to major firms including Polychain Capital and China Merchants Bank International (CMBI) and Hashkey Capital.

Nervos Network, a blockchain-based firm aiming to enhance sustainability across blockchains, raised $72 million in a token sale in October. This brings the total capital raised by the company to $100 million USD, following the $28 million Series A funding round in July.

According to the report, the company offered 20% of its initial tokens in a public sale and 14% to private investors from Oct. 16 to Oct.24. The CKByte tokens started at a price of $0.01 USD with the initial pre-mined tokens on the Genesis block amounting to 33.6 billion tokens.

Furthermore, the company welcomed developers and miners to join its mainnet and participate in the Nervos ecosystem as they released the Lina blockchain on Wednesday. Kevin Wang, the co-founder of Nervos, said,

“Our mainnet launch brings us one step closer to enabling that future but this milestone only marks the start of the Nervos community’s journey. The blockchain [Nervos] was built on their learnings but it’s now up to us and our community to solve the problems of tomorrow as blockchain adoption is brought to the masses.”

The overall stance on blockchains across China is turning positive since President Xi’s speech on embracing blockchain. CMBI’s partnership with Nervous Network shows a growing interest across Chinese companies to embrace the capabilities of blockchain following the speech. The partnership with the bank aims to create decentralized applications in financial systems to ease retail customers’ transaction processes.

The company is yet to comment on the specific use of blockchain by the CMBI bank.