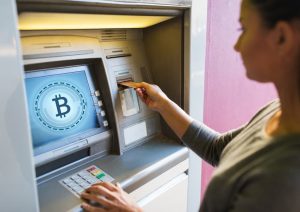 ​Two big companies, Alhamrani Universal (AU) and ShoCard are in partnership to create a new type of Automated Teller Machines (ATM)  that would employ a merger of the blockchain technology and user biometrics to enable the withdrawal of cryptocurrencies in the form of fiat cash. This new set of ATMs are currently being developed in Saudi Arabia are near completion according to report.

The ATMs would be designed to make use of a multiplicity of verification including a newly developed five-factor authentication (5FA) process. This blockchain based application will enable customers to make use of facial recognition instead of personal identification numbers (PIN) for withdrawals.

In the 5FA designation, the ATMs would combine all of the following identification mechanics for accurate user identity and allowance:

Alhamrani Universal is the largest ATM solution provider in the Middle East and controls above 50% market distribution from the total number of ATM’s in the Kingdom of Saudi Arabia.

ShoCard is a blockchain-based identity verification company that works according to the needs of consumers and businesses for security, privacy, and always-on fraud and cyber-attack protection.

The use of blockchain technology in the ATM’s software design would allow it to ascertain the user’s identities without the need to access bank data storages. The ATMs would feature both the ease of facial identity but would as well reportedly be able to communicate across banks within the country.

As the proposed innovation is still under testing, it might likely be rolled out in production soon.

“The ShoCard solution will solve the issue of card fraud at ATMs that continues to plague banks and consumers,” explains Armin Ebrahimi, founder, and CEO of ShoCard. “It fits nicely into existing ATM technology, which usually already has a camera installed, and makes the customer experience as seamless as possible. At the same time, it utilizes blockchain technology to protect individuals’ identity while confirming the information that banks need to verify that a withdrawal is legitimate.”

The blockchain itself makes a good identity management tool. Civic recently partnered with about 12 automated retail companies to change our way of the use of vending machines. Oracle also developed a blockchain platform on which it recently announced some expansion of features which include data integration features like blockchain transaction histories and data management functions.