You are here: Home / IOT / Smart utility challenges must be addressed in pursuit of the smart cities dream

All over the world, societies and industries rely on the supply of energy and water. For energy and particularly electricity, in the past two centuries this has come from industrial scale generation based on fossil fuels. As of the second decade of the new century, it has become a matter of urgency to address challenges never seen before, writes Therese Cory, a senior analyst at Beecham Research.

These challenges are as significant as they are numerous and encompass the following issues that must be addressed if smart utilities are to become a reality and play their part in the realization of the dream of smart cities and smart living. Key challenges today include:

None of these challenges can be met without wholesale application of IoT technology. 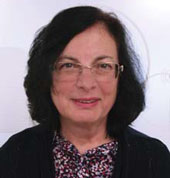 Energy utilities cover a wide range of services – in Figure 1 we identify the broad range of sectors and activities, from energy generation through to distribution and consumer use. The outer layers of the chart offer examples of applications of relevance to these sectors. Many will be common to all the sectors, such as asset management, troubleshooting and predictive maintenance. Whilst the way in which analytics is performed depends on the context of the application, the same data collected at source should, where possible, be utilised for all these applications, rather than the same data collected many times over – provided that this data is accurate and has not been corrupted.

The objectives of both users and suppliers today include energy reliability and efficiency, a sustainable energy supply, transmission and consumption that are understood, a balance between energy demand and supply, all supported by an optimised infrastructure. At the same time, the need to digitise operations and the business goes hand-in-hand with attaining these objectives. Making the networks smart by instrumenting all parts of them will necessitate skilful analysis of the data to understand the workings of these entities and identify areas for improvement.

According to the International Energy Agency, the global total electricity consumption reached nearly 21,000TWh in 2016, 3.2% higher than the previous year. What is more, the electricity market is set to grow at twice the overall energy demand to 2040. Global gas demand is set to grow at an average rate of 1.6% to 2023. The agency also found that in 2016 the investment in the electrical power sector surpassed that of oil and gas, propelled by renewables, including solar, wind, wave and tide energy, geothermic and other sources. However, more than one billion people globally still lack access to electricity and satisfying this demand will put even more strain on suppliers and networks. 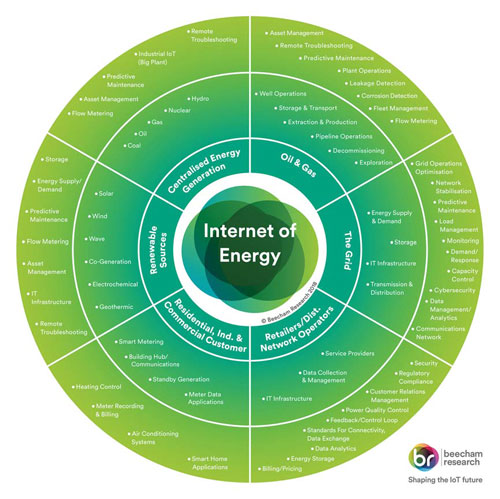 Figure 1 – The Internet of Things in the energy sector (Source: Beecham Research)

Figure 2 illustrates the components of the energy supply chain, from generation through transmission, distribution and finally consumption and billing. Parallel to these activities are the data analytics necessary for billing and performance measurement. More recently consumer-based generation such as use of community microgrids, solar panels and ‘behind the meter storage’ have begun to be added to the demand/supply equation. The figure shows that connectivity is key for all parts of the supply chain, from transmission and distribution through to final analytics. Connectivity goes beyond the connection itself. It includes:

Connectivity in the electric power industry poses several challenges including:

LoRa is proving a favourable choice for many applications to do with energy monitoring and metering. Proponents cite its long battery life, in-building and in-ground capabilities along with its low costs. The technology also supports geolocation for scenarios in which it is important to know where the assets are and their status.

One example of this is the Belgian operator Proximus, which has added NB-IoT connectivity to its network and intends to greatly increase its LoRa footprint. More details can be read here: https://www.proximus.com/en/news/proximus -launches-nb-iot-network-support-digitalmeters 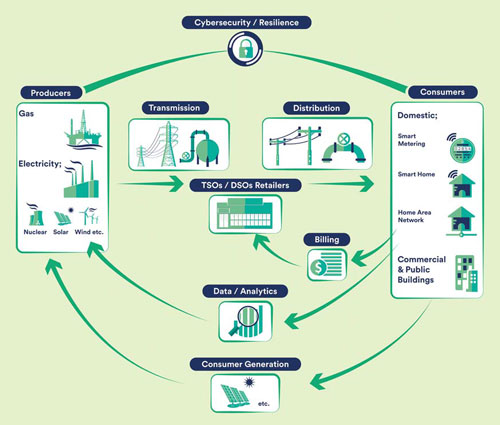 The applications depicted in Figure 1 all start with the collection of data from connected elements of the grid and generation assets connected to it. Different devices collect different types of data including voltage, frequency, power loading, switch status, temperature, vibration and other parameters that engineers are interested in that best describe the condition and workings of the network.

Asset tracking is part of the Industrial IoT (IIoT). Instrumenting of assets is key to tracking them and avoiding the occurrence of stranded assets, an issue particularly associated with telecoms networks.

Electrical equipment is typically inspected on site by powerline technicians, sometimes aided with helicopters fitted with cameras. These identify the problems that could result in power failures, fires or explosions. In addition, with the increasing shift to renewable energy, more advanced drone technologies are needed to monitor the new connections that link renewable sources to the standard electric grid.

Drones are also being used to examine the grid in remote parts of Europe – the drone sends back data to allow technicians to create virtual models of sections of the grid. Energy-related IoT smart devices, including meters, inverters, appliances and thermostats, provide utilities with measurement data that can be used for asset performance, usage, deployment and optimisation. However, this data can only be made actionable and intelligent for utility operations if it can be processed and presented in near real-time.

Predictive maintenance is common to many industries. It entails comparing the specified part of the network’s real-time status with a history of faults. Analysis of the data in realtime can show if failure is likely to occur soon in order that the part can be identified and replaced before failure. This improves grid reliability by reducing downtime. New ways of handling data are being continually found to bring new perspectives and understanding to data collected from utility networks. As an example of this, the Weather Company, owned by IBM, has created a predictive model which combines big data and machine learning to provide utilities with safe and efficient outage management processes. Predictive maintenance and other IoT applications also form part of an iterative cycle of continuous improvement – a concept well understood in manufacturing industry. As new data is collected and added to the expert database, more is learned about the workings of various parts of the network and grid, intelligence that was not possible to garner previously. In this way, predictive maintenance becomes precision maintenance, enabling an ever-growing understanding of detailed grid workings.

At the consumer end of the supply chain, smart meters are being installed at premises all over Europe, as per an EU mandate. Smart metering is a subset of the smart grid which itself evolved from automated meter reading (AMR). In addition to getting timely and accurate readings of customer use, smart metering also offers opportunities for supplying data for a range of useful applications upstream and downstream – demand response, home energy management, prosumer integration and in the future more and more electric vehicle charging and storage.

Customer relationship management (CRM) is becoming more of an imperative thanks to demands from regulators and customers unwilling to put up with poor service. With the expected rise of customer requirements, utilities must become more efficient and do more with less, yet keep customers supplied and happy with good service and reliable billing information.

Major changes are coming to the traditional grid

Electric vehicle (EV) charging is set to become an issue as more people buy and charge their vehicles from their businesses and residences. The electric grid could be affected by the risk of overloading by domestic car owners. This will require additional monitoring of the pressure on the grid.

The growing numbers of electric vehicles could constitute a drain on the grid, but also serve as reservoirs of power for homes and businesses. According to Bloomberg, cumulative passenger EV annual sales worldwide were set to hit four million in August 2018.

In response to this, the French car maker Renault, for example, has signed agreements with key players in the European energy markets. It has formed ventures in partnership with EDF, Total and Enel with the aim of developing a smart electric ecosystem to promote the large-scale take-up of electric cars.

Renewables added to the mix

A renewed focus has been placed on renewable energy since the United Nations announced that major changes would be needed across the world to limit the effects of climate change. Consistent with this, it has recommended a 45% cut in carbon emissions by 2030. For its part, the UK government has announced its intention to phase out coal power by 2025.

In a further sign of change, in 2018 Scottish Power became the first major UK energy firm to cease fossil fuel generation in favour of wind power, having sold off its remaining gas and hydro stations. The company plans to invest more in other renewable energy sources, including sunlight, tidal and wave energy, increasing its total renewable capacity.

There is also an urgent requirement to achieve water resiliency worldwide considering the increased frequency and severity of droughts, as well as population growth in urban areas and corresponding demand for more water supplies. The International Energy Agency claims that more than 34% of pumped water is lost as non-revenue water because of tampering, theft, meter errors and faulty distribution networks.

Other factors driving greater investment in water and wastewater infrastructures include ageing infrastructures, and the increasing complexities in maintaining and managing water and wastewater facilities. Supervisory control and data acquisition (SCADA) systems are proving useful in obtaining data from remote devices such as valves and pumps and offer remote control from a host software platform.

There have been calls for the UK government to compel water companies to introduce compulsory metering, using smart meters. It is considered that the water industry should collectively be aiming to reduce leakage by 50% by 2040, rather than 2050.

Thames Water, the country’s largest water company, has launched several projects in 2018 to examine its pipelines and detect leaks across its 20,000-mile underground network. These include a fleet of drones, aeroplane and satellite monitoring to send back state of the art images to reveal leaks from above ground. The company aims to achieve a leakage reduction target of 15% between 2020 and 2025; previous targets have not been met, resulting in penalties from the regulator.

The use of low power connectivity is also finding applications in water metering and management as well as power. In Spain, FACSA is to deploy LoRa-enabled smart water meters in its smart city project, following a successful pilot. Telstra is also reported to be introducing NB-IoT for water monitoring in Australia.

A joined-up future with smart cities?

Smart energy and smart grid solutions are being explored and designed today to support and enable the objectives outlined in this report. In addition to addressing current challenges, the long term IoT vision is to tie in power supply with smart city projects, joining up all services such as public lighting with power generation. This might employ a generic connectivity technology supporting the entire interlinked system of systems. However, all of this is contingent on a highly secure network resistant to cyberattack – another key element requiring continuous improvement.