You are here: Home / IOT / Who’s in charge of the connected car? Ask the driver in the loop

Don’t you hate it when someone criticises your driving? Why are we going this way? Slow down! Speed up! Don’t let that car push in!

Interfering busybodies don’t just hike up your hypertension, says Nick Booth. They’re dangerous, because they distract you while you’re in charge of a ton of speeding metal.

These patronising interventions are even worse when they are carried out by ‘smart’ cars. There’s nothing more insufferable than a machine that considers itself to be better than you. That is exactly what you can expect from a car with ADAS Syndrome, the delusion that affects cars with the Advanced Driver Assisted System.

If mansplaining irritates you then you’ll hate these interventions. Some distant developer has decided what your driving limitations are. Worse still, they pre-programmed responses to situations where you’re obviously out of your depth. The chances are very high that the code writer was a man. So ADAS is a sort of mansplaining by proxy. That will drive at least half the population to apoplexy.

In Norfolk, UK, Ansible Motion has created the Delta Driver-in-the-Loop (DIL) simulator that – among many other things – tests our reactions to all the new ADAS systems that car makers are planning for their latest models.

Like, for example, how do we react if the car we are driving suddenly starts Emergency Braking?

This simulation was based on a real event on the A14 dual carriageway where an experienced driver in a new German car saw a car cross in front of them. Safely as it happens, but since they were travelling at 70mph the machine panicked. It thought a crash was about to happen and tried to stop the car. This is one example of an automated response that would have been fatal if there was a coach right behind.

Thankfully, the real-world incident provided some collision mitigation. However, this is a laborious process and it would take hundreds of years to physically recreate the thousands of scenarios. The virtual environment created by the DiL simulator aims to reproduce them in a fraction of the time.

The DiL has discovered that the change-over process, where control of the car switches from robot to human, needs more time than was originally allocated. There’s some man-machine squabbling before they both settle down and relax. 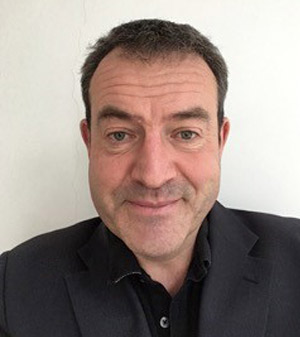 “The car needs to make sure the driver is ready in plenty of time,” says Kia Cammaerts, founder and director of Ansible Motion. The simulator can see how long it takes drivers to get ready and knows the indication of alertness.

Automated cars are much better than humans at ‘platooning’ – the process where cars drive scarily close to each other in a highly co-ordinated convoy. This is because two automated cars are in constant harmonisation over the airwaves – whereas humans can’t match that level of instant communication unless they are psychic.

Humans will panic and apply the brakes, so the simulator needs to determine a comfortable distance.

What if a branch hits the road or an animal dashes in front of a car? In these unusual situations should the car take over? Or would that confuse the driver who is in control at that point? There are multiple variations on this scenario that the DiL is currently testing.

If you put a car in a forest, would it recognise its design restrictions or would it attempt to drive out? That sounds like a real Schrodinger of a philosophical question to me, so let’s be glad that the DiL is using its processing power to work that one out.